Each of our team of translation professionals is committed to training excellence. All our tutors are highly qualified, combining translation experience, linguistic expertise, subject knowledge and routine in delivering distance learning.

All our tutors teach translation into their native language and most of them work as freelance translators alongside lecturing on postgraduate translation courses.

All are keen to share their experience: They understand the needs of those starting out, of candidates preparing for challenging exams as well as of working translators wishing to raise their profile.

Meet some of our key tutors: 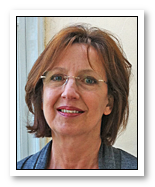 Susanne James MA MCIL FHEA has been a professional translator for over 20 years specialising in business, finance and technical translation for corporate clients. She was recruited to the University of Westminster in 1998 to teach on postgraduate translation modules and editing skills. Her professional interests include functional aspects of translation, assessing quality in translation, and enhancing the student experience by bridging theory and practice. Born in Vienna, she studied English & French Philology and Linguistics at Vienna University and later gained an MA and the CIoL DipTrans in London. She established distance learning courses for candidates of translation examinations in 1996 and is dedicated to developing this independent learning mode. 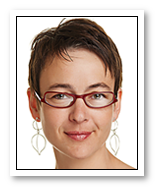 Ulrike Nichols MITI is a native German speaker. She studied German and English at universities in Germany, the UK, and the USA. As a post graduate student at the University of Michigan she taught German language and literature to American undergraduates and worked as Editing Assistant for Michigan Germanic Studies. In 2006 she launched her career as an English-German freelance translator in the UK, specialising in medicine and law. She also writes a blog on the intricacies of language called amplesnippets. She recently returned to her roots as a teacher and joined the Translator Training team. "I feel that now I want to give back a little - to my mentor who helped me to get started in this profession, and by sharing my experience with examination candidates and aspiring translators." 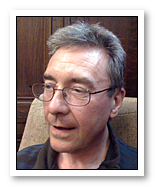 Stephen Hackett DipTrans IoL worked in commerce and industry for nearly 20 years as a senior export sales co-ordinator and manager for multinational companies. He travelled extensively negotiating sales and payment contracts in the USA, Europe and North Africa, during which time he also acted as a technical and commercial interpreter for French and German-speaking clients. His career path took him via client lexicography and terminology projects to starting up a business as a freelance translator. Having obtained a teaching qualification, he also works as a part-time lecturer on various post-graduate translation courses. His particular interest is the training and support of student translators aspiring to a career in the translation industry. 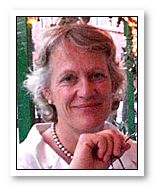 Caroline Partridge MA MITI has over 15 years of experience as a French to English business translator, mainly working on corporate communications and financial reports for French companies. As well as the Dip Trans IoL (1996), she has a BA in French and a Masters in Translation. Her background is in publishing, having been an editor for a London publishing company and a technical author writing medical equipment manuals. She believes that both these lines of work have contributed to her enthusiasm for good English writing. She is married and has three children (and two dogs). She divides her time between Guernsey (her native island) and London. 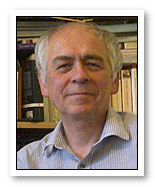 Edmund Knox has a longstanding love of language in general and his two acquired languages of French and Spanish in particular. In addition to his language degrees from the Universities of Oxford and London, Edmund studied linguistics at the Instituto Caro y Cuervo in Bogotá, Colombia. He has been involved with the Diploma in Translation examination, first as candidate and subsequently as tutor, virtually since its inception, and has taught on this distance learning programme for fifteen years. As well as keeping his linguistic skills honed through translating, reading and teaching, Edmund is an avid crossword-puzzler, and lists among his proudest possessions a silver Cross fountain-pen, won in a Sunday Times Cryptic Crossword competition. 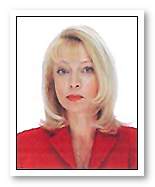 Lucy Eratt is a highly qualified and experienced English / Russian court interpreter and translator specialising in the translation of legal documents for courts, notarisation and arbitration in litigation, finance, banking, tax, trusts, bankruptcy, marine insurance, European law, contract documentation and tenders. Her qualifications include a BA in English and German, MA in English, research in the Theory of Speech Acts for PhD, and the Diploma in English Law. She is a Visiting Lecturer in Bilingual Translation at the University of Westminster and has taught distance learning for several years. Lucy is a full Member of the Institute of Translators and Interpreters, of the Chartered Institute of Linguists, and the National Register of Public Service Interpreters. 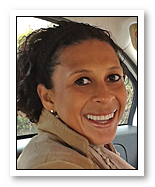 Meritha Paul-van Voorden is a native Dutch speaker who has been living in the UK since 2001. She is a highly experienced commercial translator with a strong focus on style and language function. When teaching, Meritha tailors her approach to the requirements and level of each individual, whether this is the distance learning student, the private tutee, or the student in a classroom setting. Her teaching methods include practical and theoretical aspects of translation and Dutch culture; analysing specialised texts; identifying translation problems and discussing suitable translation strategies. 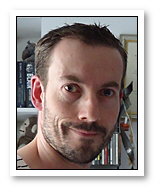 Tim Morgan MA ACA studied Russian, Swedish, Hindi, German, Polish, and Dutch at BA/MA level in London, and, after a 10-year career in the City of London, became a translator specialising in finance, law, medicine, and shipping, with experience in many other areas. He has also taught a large number of students studying for MAs in Translation in addition to providing tuition on a one-to-one basis for the CIoL exams. In his assessment of translations he focusses not only on technical competence but also on acceptability to clients, based on a decade of successful freelance translation for dozens of prominent agencies. 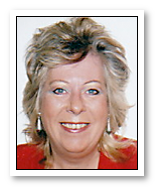 Linda Makins MA MCIL MITI
After a professional career in ophthalmic optics, followed by 4 years in media market research, Linda went back to university (Westminster) achieving a First Class Honours Degree in Italian and Linguists, after which she moved with her family to the South of Italy, where she lived until very recently. She has a TEFL qualification, put to good use teaching English in Italy to adult students, mainly business people and graduates. She has been a freelance translator for over 10 years, working for clients based in Italy, the UK and the rest of Europe, covering a vast range of text types, from technical (civil engineering, cosmetic pharmaceuticals and the energy sector) to her preferred more creative areas such as journalism, marketing, advertising and the Arts. In addition to translation, she has considerable experience in project management, editing, including post-editing machine translation, and original copywriting in English. Her MA in Open and Distance Education from the OU, makes her particularly sensitive to the needs of distance learners. 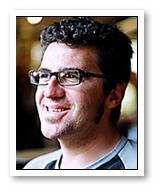 Toni Navarro MA
Toni Navarro has been a freelance translator since 1998. After finishing a degree in English Linguistics and an MA in Translation in his home town Alicante, Spain, he moved to London in 1997 study for an MA in Bilingual Translation at the University of Westminster. After three years in London, he returned to Spain in 2000, with a client portfolio that has been expanding ever since.

“I was introduced to Susanne James Associates through a colleague and I found it to be very appealing opportunity from the start. I had worked as a teacher during my university years in Spain and I always enjoyed discussing translation issues, linguistic conundrums or culture-bound concepts. You tend to do that a lot with fellow translators when you review each other’s work. Now I’m able to help people to get ready for their CIoL translation exams – and it feels great when they tell you they passed!”

Built and Hosted by: WebAppz